Ewart, the knight (to be)

Welcome to the adventures of Ewart, the knight (to be)

Once upon a time there was a knight named Ewart. Well, he wasn't a knight just jet. Because although Ewart had finished the school for knights, he still needed to proof that he was indeed a real knight. So he set out on an adventure to do just that. He did not know who or what he would encounter, but with his sword and shield in his hands, he would bravely face any challenge.

The adventures of Ewart, the knight (to be) tells the story of Ewart, a young prospective knight that sets out into the world to proof that he is, in fact, already an actual knight. During his adventures he will encounter a variety of fairy-tale like creatures, some of which even use magic!

In his first children’s book, Very Odd Birds, Ewart finds himself at a seemingly abandoned tower in the middle of a large forest. Here he will have to rescue a rather odd looking character from a wicked witch. He must rely on his training and show how brave he is if he wants to fight off her magic spells. How this adventure will turn out you can find out yourself. The book is available now on Amazon as paperback and eBook.

All the characters in the book, as well as most set pieces, were designed and made by myself. I wanted the characters to look and feel like toy figures. Each character has a variety of different arms, hands and legs, as well as several faces with different expressions. This way I could create multiple poses by just swapping out different parts. For Ewart, who is after all the main character, I made over 60 parts with the help of my 3d printer. And since I also like to do metal work, I decided to make his sword out of actual metal. This gave Ewart a more ‘real’ presence.

Very Odd Birds – The adventures of Ewart, the knight (to be) is available now as paperbook and eBook. 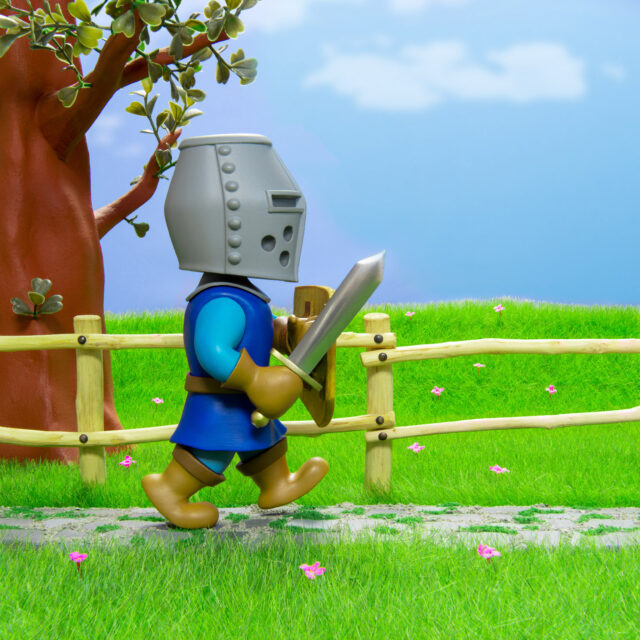